Skip to content
Every now and then a golden nugget gets through live on air on the BBC. John Longworth was one such example. 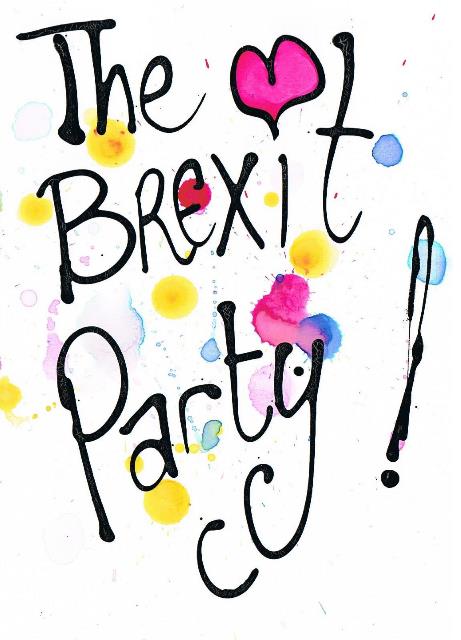 John Longworth (about below…)
https://www.leavemeansleave.eu/john-longworth-joins-leave-means-leave-campaign-calls-pm-make-britain-beacon-global-trade/
JL: Brexit deal is Remain by any other name… people voted to Leave. Just Leave!
BBC: … how can you say that’s what they voted for? They didn’t know the specifics of how to Leave did they?
JL: … huge amount of anger up and down the country about the way this has been handled. There were 2 questions on the ballot paper. Do you want to Leave? Do you want to Remain? Nobody mentioned a deal. Cameron came back with his ‘only deal to be had, there would be no more deals, the decision of the referendum would be final…’
Parliament voted for Article 50 to be triggered; for the repeal of the €uropean Communities Act and fought on manifestos stating we would leave the €U, the customs union and the single market…. 80% of people voted for the 2 main parties saying that…. now they are reneging on it and betraying the country.
BBC: But, there was no specific deal to explain the terms… and now we see it is a far more complicated situation than what the referendum asked…
JL: That’s complete rubbish. Everyone knew what they were voting for; the ballot paper said Leave.
BBC: It said Leave, but did not explain the circumstances…
JL: The circumstances are very simple: we just Leave!
BBC: How on earth can you say it’s that simple? So, what happens the next day? In this simple world….
JL: In this simple world we revert to WTO, World Trade Organisation rules that most of our trade is conducted under and which most of the world’s trade is conducted under….
BBC: So, what would the tariffs be on food?
JL: The Chancellor has already stated that 87% of the tariffs would be zero, including food, clothing and footwear and flat-screen TV’s and and and…. the tariffs on those products are between 20-40%. That’s the tax the €U forces us to pay on those imported goods. The €U takes that money, not the UK government. So, the cost of living in the UK would reduce substantially, more spending power, more tax receipts, spend more on public services. That’s a simple fact.
BBC: … and the deal Theresa May is trying… you think she’s complicating it for the sake of it?
JL: Theresa May is a Remainer. She has the deal she wanted. She hasn’t had the wool pulled over her eyes. She and Chancellor Hammond want to keep the UK in the customs union. She wants a close and special relationship to keep us close to the €U as possible…. so, we can slip back in at any future stage. The whole is a betrayal. She knew exactşly what she was doing and is still doing it now.
BBC: Tariffs would be maintained under this No Deal situation… for the likes of agriculture.
JL: The Chancellor said the tariffs would be maintained on certain products: automobiles, beef, lamb etc… to protect British farmers those tariffs would be about 20%. The tariffs on those imported goods from around the world are 20% now. My view is thse tariffs should be removed over a period of time. If we remove all the tariffs on imported goods now, the boost to the economy would be so enormous it would damage the economy. The total value of tariffs is 4% GDP; like adding 1/3 to our growth rate every year for 15 years.
BBC: Some imported cars would attract tariffs, wouldn’t they?
JL: If the Chancellor were to do what he says he will do… a 10% tariff would be applied to finished automobiles coming from anywhere in the world including the €U. It would make British manufactured cars more competitive. Ford is based in Cologne, Germany, the head of Jaguar Land Rover is German, Mercedez Benz, BMW are German… they would make disparaging comment. The UK manufacturing would benefit… the Chancellor did not say he would be tariffs on manufacturing components so the UK can import cheaper components from Korea, Japan, the USA…
BBC: National Farmer’s Union President Minette Batters says eggs, cereal, fruit and vegetables wouldn’t be protected by zero tariffs.

JL: Why should consumers pay huge amounts of money to protect land owners on continental €urope?

BBC: You seriously think we should just Leave in a couple of weeks time?

BBC: Despite the CBI, some of the framing unions… the CBI say it would be like taking a sledgehammer to the economy.

JL: They would say that wouldn’t they?! I was Chairman of the CBI trades panel for 5 years, I was their economic spokesperson, I know how they work. They represent big multi-nationals whose invested interest is to maintain protectionism and charge higher prices. The British consumers are being damaged by that and it would boost the economy as a whole and jobs if we were able to remove those tariffs.

The next caller, a Remainer, at about 1 hour 20 mins referred to the last caller, John Longworth, as childish, polarised….

I listened to this Remainer, who states how he is grown-up, repeat the same old fear rhetoric of the last 2 years.

About 1 hour 30 mins David a lawyer from Poole, comes to air and informs Stephen that there will not be so called disaster or catastrophe 30 March since both sides have contingency plans.

Communication of 19 December 2018 : “Preparing for the withdrawal of the United Kingdom from the European Union on 30 March 2019: Implementing the Commission’s Contingency Action Plan”
https://ec.europa.eu/info/publications/communication-19-december-2018-preparing-withdrawal-united-kingdom-european-union-30-march-2019-implementing-commissions-contingency-action-plan_en

‘Customs and the exports of goods
If the Withdrawal Agreement is not ratified, all relevant EU legislation on imported goods and exported goods will apply as of the withdrawal date. This includes the levying of duties and taxes and the respect of the formalities and controls required by the current legal framework, in order to ensure a level playing field.’

…. Stephen Nolan insists there will be change. David tries again, reading directly from the plan: no change! David explains that neither the UK or €U can afford damage to trade.

BBC: But, it’s not true!
David: Can I send you the link? I^m reading to yuo from the €U’s law and I can read the same from the UK’s law… you’re having so much difficulty in understanding what I’m saying because there’s been so much repeat of catastrophe catastrophe catastrophe disaster. Hilary Benn said he’d had a conversation with a professor on the tube and it will be catastrophe. It’s all anecdotal. Whatever else you have heard, I’m a lawyer reading the written rules.

The Brexit genie is out of the €U bottle and it ain’t going back in.

About John Longworth….
https://www.leavemeansleave.eu/john-longworth-joins-leave-means-leave-campaign-calls-pm-make-britain-beacon-global-trade/
Former British Chambers of Commerce (BCC) Director-General John Longworth is to become the new co-chairman of Leave Means Leave, as the pre-eminent campaign group sets out a plan for Britain to become a “beacon of global trade” after quitting the Single Market.

Mr Longworth chose to resign from his BCC post during the EU referendum campaign in order to speak freely in favour of Brexit, despite pressure from Downing Street.

The Leave Means Leave report, ‘Going Global Without Delay’, launched today rejects the so-called Norway and Swiss options for a trade deal with the EU because they are unsatisfactory and such arrangements would not allow the UK to regain control over its borders.

Instead, it urges ministers to attempt to secure a zero tariff free trade deal (similar to the deal Canada is set to sign at the end of October) with the EU once they have set in train the formal process of leaving by triggering Article 50 of the Lisbon Treaty. They should also make it clear at the outset that if no deal was reached with the maximum two years timeframe for negotiations, Britain should go it alone, trading with the EU under World Trade Organisation rules and seeking a Free Trade deal with other nations and blocs.

The report sets out criteria the UK Government should use when securing a deal with the EU which includes negotiating “as near tariff-free free trade as possible”, to ensure that it is for the “UK Parliament to solely decide its laws and trade, migration, agriculture and fisheries policies” and for Article 50 to be triggered “no later than Q1 2017”.

The report considers four principle trade options available to the Government– the Norway Option, the Swiss Option, the Canadian Option and the Global Free Trade Option.

The report found merit in the Canadian Option, “notably that Canada secured an agreement to eliminate 98 per cent of tariffs despite being only the EU’s 12th largest trading partner and with the EU running a small surplus with Canada”. This is very promising for the UK – “the EU’s largest trading partner selling well over £150 bn to the EU, a magnitude around eight times greater than Canada’s trade.”

The benefits of the Canadian Option include saving the £14.8 bn net per annum from the UKs EU membership fee, regaining full control over the UK’s borders and exempting the UK from the European Court of Justice

The major concern with the Canadian Option is the seven years it took to negotiate with the EU who are “notoriously slow”.

To overcome this issue, the report says that “the UK Government should also be very clear with the EU at the outset of negotiations that if a zero tariff deal cannot be struck within 24 months the UK will leave the EU and trade under WTO rules and we will not be bullied, or bounced into arrangements that do not meet the criteria test set out.”

At the same time, the report makes the case for the UK to “become a beacon of global free trade, encouraging cross border trade and investment, challenging other nation states, and the EU itself, to follow its example.”

A Global Free Trade Option would see the UK offer to remove all tariffs on imports from other nations providing they reciprocate.

The benefits of adopting the Global Free Trade Option include the UK regaining its seat and vote on the World Trade Organisation, restoring sovereign control to the UK Parliament and securing control of Britain’s borders.

The report concludes “because the UK is already free to trade under existing international law using WTO rules, the EU leadership could not deny diplomatically or practically that the UK can take up this option. Economically and politically, unless the EU offers tariff-free access to the UK within 24 months of triggering Article 50 the Global Free Trade Option offering the most beneficial advantages and the fewest disadvantages this becomes the optimal option.”

“I am delighted to join the Leave Means Leave campaign.

“The British people have voted for Brexit and the Government must deliver on this in full.

“I look forward to working with senior business figures and politicians backing the case for Britain making a clean break with the EU and securing trade deals with the rest of the world.

“We should leave no later than two years after Article 50, or earlier if EU negotiations stall.”

“I look forward to working with John on this really important campaign.

“John played a crucial role in the Brexit campaign and I look forward to the extremely valuable input he brings to Leave Means Leave.

“He will be a vital asset in securing a successful Brexit deal the British people voted for.”