This is the text of a letter left on the organ at my local church for whom ever to find and read.

A view of my church from the opposite field… 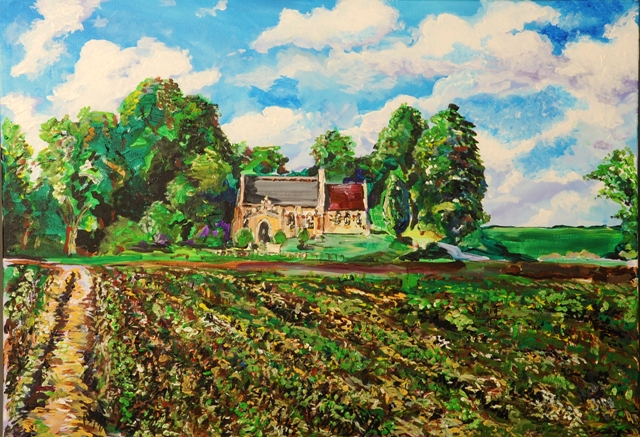 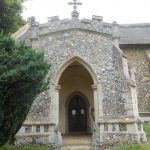 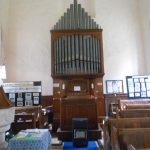 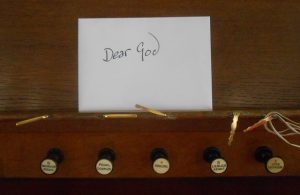 As ever, our local churchyard looks wonderful; surely among the most beautiful locations in England, though I may be a tad bias. No doubt some find the nettles and seasonal growth too unkempt, but I again congratulate those who perfectly care for these grounds; not overly manicured, but beautifully managed. Thank you.

You know I’m neither religious, atheist, agnostic nor anything like that. I do neither Darwin nor Adam’s Rib. I am a Gooner as you know, because you’re God.

I usually keep our discussions private, but on this occasion, I sense an urge to type this one down. As you know God, being a literate sort, I refer to covid1984. There are things afoot, perhaps even nefarious and malicious. The 7 names on our WW1 memorial remind me of the duty to at least cover our bases should we suspect any untoward intent. Silence is consent and compliance and I hereby declare my voice of non-consent and non-compliance in the face of tyranny. I have reached out to BBC Suffolk, BBC Norfolk, BBC Look East, the Bury Free Press, Diss Express, Eastern Daily Press, East Anglian Daily Times, the Parish News, the Parish Council, local councillors and my MP who at least replied… to no avail.

As you know God, I have not been inside the church so often over recent months and limited my quiet moments at the church to the outside of the premises. This has been due to the dire warnings of socialist distancing, cultural maskism and instruction to apply unhealthy and perhaps unholy corporate gel to my skin in accordance with government policy.

This government policy is based upon testing based upon the PCR, polymerase chain reaction test, invented in 1983 by Nobel Laureate Kary B. Mullis who specifically stated:
“PCR cannot be totally and should never be used as a tool in the diagnosis of infectious diseases…”

Despite this, in Germany at the beginning of January 2020, Prof. Dr. Christian Drosten claimed to have developed the method and invent a prototype PCR test to purportedly detect live and infectious SARS-CoV-2 virus which became the model for the worldwide PCR test. 15 December 2020 a cease and desist order was served on Prof. Dr. Drosten by attorney at law Dr. Reiner Fuellmich.
Link added here not in my original hard copy letter:
https://journal.ratical.earth/2021/01/04/cease-desist-order-to-prof-dr-christian-drosten-creator-of-sars-cov-2-pcr-test/
Our MP Hancock has been notified of Dr. Fuellmich’s legal class action to which the use of the PCR test is central as Fuellmich collaborates with an international network of legal, scientific and medical specialists.

The suspicion is we have had thousands of misdiagnosed covid1984 ‘cases’ and incorrectly certified covid1984 deaths.

The PCR testing model and government policy is being promoted and marketed by SAGE SPI-B (Scientific Pandemic Insights group for Behaviour), 77th Brigade, David Halpern’s ‘nudge unit’ at The Behavioural Insights Team, MINDSPACE (https://www.instituteforgovernment.org.uk/publications/mindspace), academics and scientists employed and funded by the taxpayer and pharmaceutical industry sources to implement strategy to literally frighten people. It is neither protecting nor ‘saving lives’. It is a £multi-billion global pharmaceutical drugs deal, a method to implement global economic restructuring and, God forbid, is it a tool of depopulation? That may at least please Sir David Attenborough who, like the Prime Minister’s father Stanley Johnson, deems humans a disease upon the earth.
We are now being sold the concept of variants and it seems climate change carbon zero policy will also be used to justify future lock downs.

Sadly God, you apparently failed to design the human body adequately enough as today we require the church of vaccination to survive life from birth to death. En plus, we’ve improved upon your limited binary gender model with a multitude of new pronouns as we herald in the covid1984 clown world and Build Back Better with Communist Internationale ambassadors such as Justin Welby who is over-seeing a £multi-trillion climate change fund to help save our plant from that disease upon earth, the human. Atop of that, the England football team of multi-millionaires, presumably including some Christians and fathers, are taking a knee in support of £multi-million corporate funded Marxist BLM whose manifesto is anti-Christianity, anti-the family unit and anti-capitalism. Since I don’t recognize this knee-taking nonsense, am I a black sheep within the community? Yes God, the mind boggles.

Do I believe Jesus would have put a face nappy on a child, let alone inject them with an experimental gene therapy to battle a disease they do not have? Of course not. It’s an absurd notion and contravenes common sense, real science and ethical principle, but this is Pravda UK today.

When will this parish, this constituency and the wider nation get off its knees? I am staggered that our Communist Internationale MP Herr Gruppenführer Matt Handycock instructed us to stay home, and blow me, we did. Well, I didn’t, but then I wouldn’t take health advice from Handycock, Twitty, Sir Patrick the Variantly UnValliant, Van Damn, Bullydon Club Johnson or any of them for all the tea and irony in China.

Jesus would never have worn a face nappy, engaged track & trace, the ludicrous covid1984 PCR test or taken an experimental gene therapy injection for a disease most have <1% risk of. I have not and do not intend to engage any such ridiculous protocol.

After the G7 meeting, Ascot Races and Handycock’s snog and grope, surely people realise there is no pandemic; that some are more equal than others as fear and a latest variant perpetuates the Naked Emperor. The covid1984 lock down policy, not the virus, has harmed and killed. The 7 names on our WW1 memorial sacrificed their lives for our freedom and liberty while today the village throws them away at the orders of Herr Gruppenführer Handycock. I suspect manslaughter charges may be considered and investigation into such matters as the use of midazolam. Any bank, retail outlet or church denying service to a customer or worshipper for not donning a face nappy or using ‘sanitiser’ may in effect breach the Equality Act of 2010.

Anyone who has administered the experimental Black Triangle covid1984 injection should be aware of the Nuremberg Code and medicating the public without fully informed consent. There is official data documenting vaccine adverse reactions, but the BBC and legacy media avoid mentioning it: https://yellowcard.ukcolumn.org/yellow-card-reports

The Hippocratic Oath states: do no harm. Hippocrates stated food is medicine. Where has been the mention of food, nutrition and the natural human immune system? Apparently, a Delta variant is to be followed by the SARS-CoV-2 Lambda variant, also known as lineage C.37. You will recognize those infected by the Lambada as they break out in uncontrollable spasms with arched legs, steps from side to side, turning or even swaying, though never front to back, with a pronounced movement of the hips. You can’t make it up, except they do.
God, why are we restricting our airways with mouth and nose covering when the risk is a respiratory disease? Masks have never been shown to prevent viruses. On the contrary, studies show masks may induce bacterial lung infection and disorders such ‘mask mouth’.
A SAGE insider on masks:
“They do more harm than good and the decision to mandate them for healthy people in the community was introduced as a psychological control method rather than a means of reducing viral transmission.”

Capt. Mainwaring’s epilogue from the Dad’s Army stage show stated:
“The Home Guard never went into battle. But, the 2 million men; shop assistants, factory workers. Doctors, lawyers. Men from every walk of life, gave of their spare time, and in some cases their lives, to defend their homeland. And if ever this island were in danger again, men like those would be there once more, standing ready.”

Will they? After covid1984 I sadly have doubts. Both Arthur Lowe and my Grandfather, who was in the local Home Guard, walked the streets of Thetford and trod the grass at Knettishall. What would they have made of these shenanigans today?

Covid1984 has sadly seeded doubt in my community. Should Herr Gruppenführer Handycock send his nazi-stasi foot soldiers to my door to enforce tests or the jab, I have little faith that my neighbours would come to my aid. I recall the words of Aleksandr Solzhenitsyn:
“What would things been like [in Russia] if during periods of mass arrests people had not simply sat there, paling with terror at every bang on the downstairs door and at every step on the staircase, but understood they had nothing to lose and had boldly set up in the downstairs hall an ambush of half a dozen people?”

Covid1984 is like Co2 driven carbon zero climate change policy: exaggerated at best; in effect a scam. We breathe out Co2, trees breathe it in. Trees breathe out oxygen and we breathe it in. Inhaling our own Co2, our own exhaust, is stupid and harmful. We must get a grip, ignore this GOO; Government Of Occupation, breathe freely and live our lives to the full. At this stage I expect further draconian instruction come the autumn. This will all stop when we cease acquiescing and submitting to the ludicrous covid1984 policy.

I am resolute and steadfast. I am sharing information, not my opinion, but information based upon government and official data, plus the opinions and views of numerous specialists. Take heed or not. It is the responsibility of each of us to inform ourselves and act accordingly. We must take courage, return to common sense, critical thinking and stand tall. Freedom is not free; it has been fought for and must be nurtured and protected.

God bless you for reading this.

Thanks for listening God.

My letter included a hard copy of… 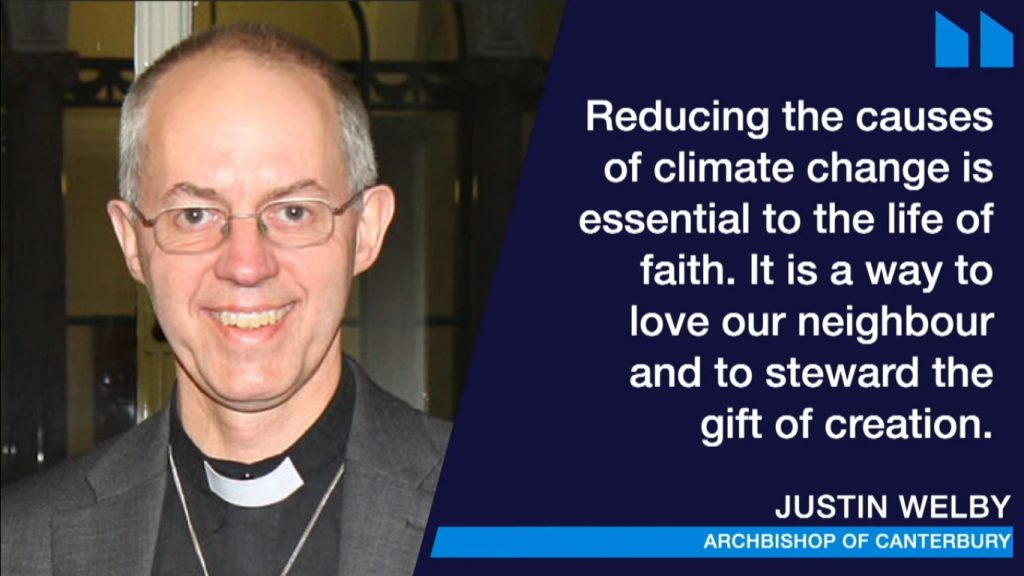 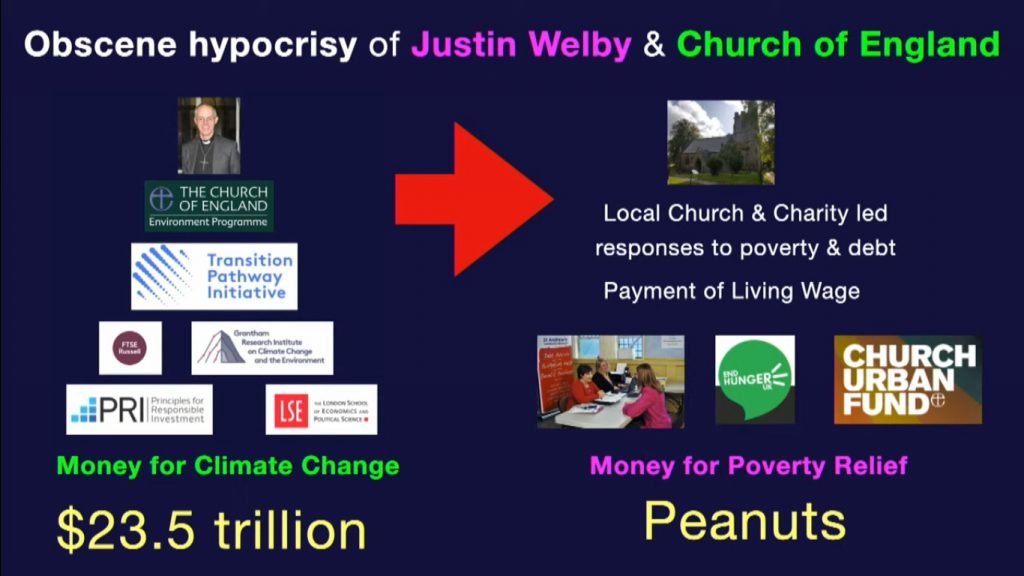 Edit 11.07.2021
Little did I know the same day this video testimony was being published…

There was no novel corona virus; not been novel for over 2 decades.
First corona virus vax by Pfizer 28 Jan 2000 U.S. Patent 6372224
SARS is not a natural progression of a modification of corona virus.
Fauci funded research at North Carolina for a defective corona virus specifically targeted for the human lung, patent application 19 April 2002 U.S. Patent 7279327
We made SARS.
You cannot patent a naturally occurring substance.
U.S. code violation Patent No: 7220852
28 April 2003 Sequoia Pharmaceuticals patented an anti-viral treatment No: 7151163, 3 days after CDC filed the patent on corona virus.
Criminal conspiracy, racketeering and collusion.
How do you treat a thing before you have the thing?
Dr. Martin’s favourite quote of entire ‘pandemic’, statement 2015 by Peter Daszak:
“We need to increase public understanding of the need for medical counter measures such as a pan corona virus vaccine. A key driver is the media and the economics will follow the hype. We need to use that hype to our advantage to get to the real issues. Investors will respond if they see profit at the end of the process.”

“… the evidence makes it abundantly clear that there has been no effort by any pharmaceutical company to combat the virus. This is about getting people injected with the known-to-be harmful spike protein.”
The sequencing of a spike protein vaccine happened a month before an outbreak even happened. Dr. Martin has all the evidence.
06 Jan 2004 the ‘New Normal’ was first introduced
We are injecting a computer simulated spike protein mRNA sequence. It is not derived from nature. It had been patented for years. By 2005 it was a bio-weapon of choice.
Dr. Martin raise these issues in 2002 after the anthrax scare.
“There is NO such thing as an alpha or beta or gamma or delta variant.”
The organism is an artificial sequence.
This was a manufactured illusion.