The editor of Gresham’s School magazine contacted me to apologise for failing to credit me as the artist of the painting featured on the cover of the last Michaelmas 2010 issue. It led to this interview.

How does that make you feel and how does it reflect on the way images and other intellectual property are used in our culture?

I feel very happy my image has been used and see it as an opportunity to convey some thoughts on the subject of copyright and patent law.

In 1997 while walking though the Chinatown area of Kuala Lumpur I noted the extensive range of bootlegged merchandise on sale; from copies of films not then even in the cinema to T-shirts by Gucci, Christian Dior and Armani to Rolex replica watches. I concluded the day I see Ned Pamphilon Productions imagery on bootleg T-shirts on sale alongside other established brands, I’ll know I have a successful brand profile.

As an adolescent I saved pocket money to buy a single vinyl record. Today a child has endless songs available at the touch of a button while if you want to know how the guitar riff of a favourite song is played, simply find it being demonstrated on YouTube. Learning to play an instrument is suddenly so much easier since access to composed and recorded material is, near as damn it, instant.

As a DJ at London’s Soho Marquee Club, I was on the mailing list of just about any record company I decided upon and everyday the postman would deliver free records from which I selected tracks to play during my working nights as a DJ. One of the bands I grew up being aware of was Metallica. Their noise was never my cup of tea, yet I made it my business to follow and monitor the progress of up and coming and established artists, therefore, I knew Metallica had developed a grass roots support base and the death of their bass player during a coach crash even further galvanised a ground swell of support and dedication to the band. They are typical of a once unknown act attaining international success on the back of a grass roots foundation, largely composed of kids with limited financial resources, copying tapes and sharing the songs of their favourite group. In recent years the likes of Metallica, U2 and ex-Undertone Fergal Sharkey, now CEO of British Music Rights, have become forerunners in monitoring music sales revenue. They are today part of the corporate machinery which might be described as the antithesis of their founding grass roots support base.

Paul McCartney has made money from simple chord songs very reminiscent of Buddy Holly compositions; let alone all the artists that influenced Holly, many unknown and unrecognised and not benefiting financially as the McCartney and Holly estates after them. Listen to Neil Diamond’s Song Sung Blue and hear melodies from Mozart’s second movement, Andante, from Piano Concerto No.21 in C major. Eric Carmen’s All By Myself borrows heavily from the second movement, Adagio Sostenuto, of Rachmaninoff’s Piano Concerto No. 2 in C minor, Opus 18. Carmen believed the classical piece to be in the public domain when finding otherwise, after the record had been issued, had to come to an agreement with the Rachmaninoff estate.

Surely, if the public likes to hear it, let it be; shared, heard, enjoyed and enable further inspiration.

The issue of idea ownership and intellectual property right, affects our everyday life. For example, how many innovations within the health and energy industries are suppressed because of copyright and patent restrictions? I bet we might be shocked and even outraged if we knew the truth.

In 1903 banker J.P. Morgan was financing the Wardenclyffe Tower project, the brainchild of U.S. citizen and Serbian immigrant, scientist Nikola Tesla who was exploring new forms of energy generation. Apparently, Morgan’s reaction to Tesla’s results was, “Great technology, but where do I put the meter?”
Finance was withdrawn because Morgan foresaw Tesla’s ‘free’ energy concept as a threat to vested interests; presumably it was a source that could not be practically owned or financially controlled. Upon Tesla’s death in 1943, his collection of papers was impounded by the United States’ Alien Property Custodian office. The same year the US Supreme Court upheld Tesla’s patent number 645576 in a ruling that served as the basis for patented radio technology in the United States. Many of the papers were released in 1952 to the Tesla Museum in Belgrade while some remain behind closed doors. It has long been the case that inventors wishing to eat regularly must sooner or later become acquainted with the ordeals of the patent process; therefore, finance and ownership have long been priorities over the sharing of ideas and innovations. It is alleged, as with so many inventions, that much of Tesla’s technological concepts have been secretly removed from mainstream circulation for fear they might threaten the profit margins of established technologies. After all, if Tesla had created a source of free energy, where would that have left the fossil fuel industries? Take note, an alternative energy is likely here, in the hands of someone somewhere, and more liberating and efficient than wind, solar, geothermal or bio-fuel sources. In part, profit concerns and patent law are keeping alternative energy technology out of public reach.

I suppose when fire and the wheel were first created by humans, the secret to their creation was initially guarded by the owners of the knowledge who were in effect implementing a form of copyright and patent control. It would be lovely to think the world in 2011 is more civilised in the sharing of innovations beneficial to the general community. Unfortunately, it appears money, profit and power continue to be the priority.

The music industry, the news information industry, health and energy industry patents, copyright and intellectual property right must at some point face a revolution in concept and approach. Keeping ideas under wraps benefits only power and profit while neglecting the natural intelligent progress of civil society.

So how will artists, authors and composers generate income? I do not have an immediate solution, but recognise a paradigm shift appears inevitable. Income can be generated by selling the fruits of one’s labour; the original physical creation and commodity such as an original artwork. Money can also be charged for admission to live performance such as a theatre show or live musical performance. The practicalities are for society’s organisers to work out, but the theory is common sense: we must share ideas to best optimise general benefit in a civil an intelligent society. Intellectual property right is an artificial concept to be dumped and left behind in the wilderness of self interest.
I was approached by several parties to provide imagery for companies in Istanbul, but if an agreement could not be reached over cost and payment, the project did not happen. In recent months I have supplied imagery to Istanbul’s Beyoğlu Municipality for free and wished I had conducted such a policy from the start. If it costs me time and expertise in compiling, organising and managing the reproduction process, I charge for my time and ‘labour’, otherwise, if a 3rd party uses a Ned Pamphilon Production image, so be it. If my consultation and direct collaboration is sought, then a business arrangement can be agreed.

In 2010 I painted portraits of Gresham’s 6 spies, which brings me to consider MI5, MI6 and the secret service networks that operate throughout the world in a never ending suppression of ideas and information in the name of national security. I propose the suppression of information, knowledge and advancements in technology and even consciousness, merely adds to the promotion of fear and the identification of an enemy to justify a trade in war and weapons fuelling the promotion of fear over love and death over life.

The internet has been a recent catalyst for an information revolution whether through the sharing of music or Julian Assange’s Wikileaks. No matter how the authorities try to manage and control the internet, IT specialists, in theory, have the possibility of always formulating a by-pass to any control restriction. This is exciting to me. For others it will be a threat, hence as I write the US are seeking legal access to private details regarding Wikileaks’ supporters and members; the kind of state interference exerted by the 3rd Reich. Watch for the emerging description: Journalism 2.0. This term relates to the internet neutrality which sits at the forefront of freedom of speech and unveiling of government corruption and ineptitude. Cyberwar has already begun: the battle to control ideas.

I deem the crux of the copyright, patent law and intellectual property rights issue is fundamentally the battle of love over fear. I propose that the day must come when profit and fear no longer prohibit the sharing of ideas and creation. We must decide which we want – to live in a state of low vibrational fear or choose high vibrational love. At this point many readers may well roll their eyes and laugh at me. Laugh away for you will produce endorphins which will be to your well being and I cannot begrudge you that.

All those companies sitting on health, medical, energy innovations better make hay with their royalty payments while they still can. My feeling is the free supply of my imagery will be a healthy path to take in the long term. Original physical creations and labour can be bought and sold while ideas cannot be ultimately owned.

Gresham’s has a history of publications and pupils with controversial and radical viewpoints so my little tuppence hapenny worth is probably neither here nor there. On the other hand, such ideas may threaten to turn the established status quo upside down and since even ‘radical’ Gresham’s is part of the establishment, it would at least demonstrate a commitment to freedom of speech should this article appear in the Gresham’s Magazine. 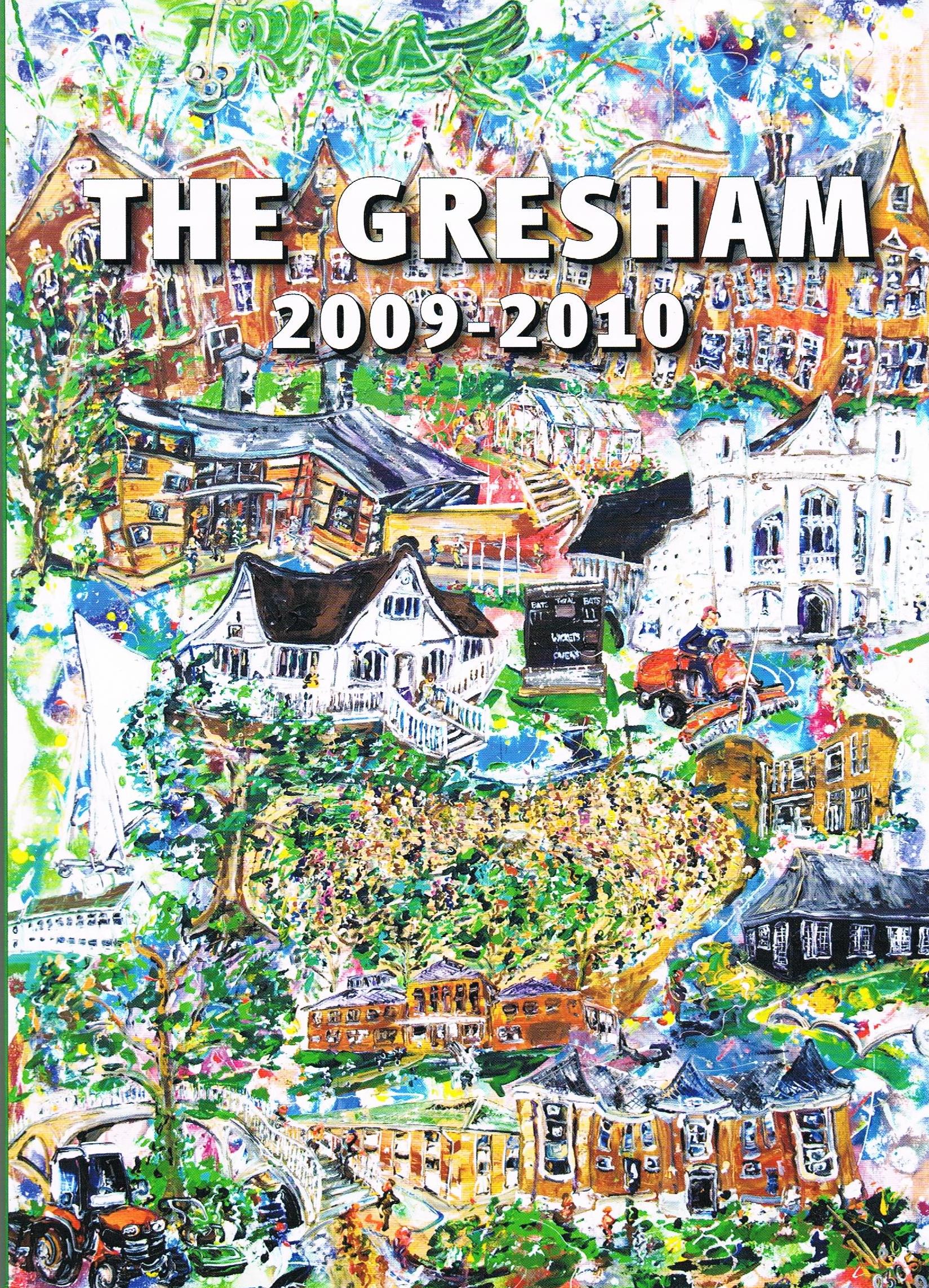 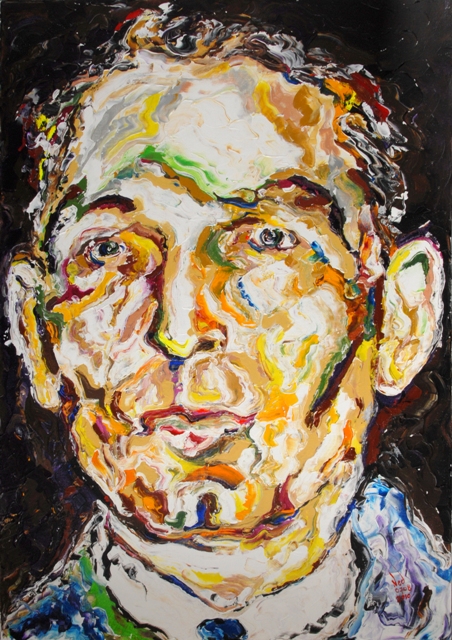 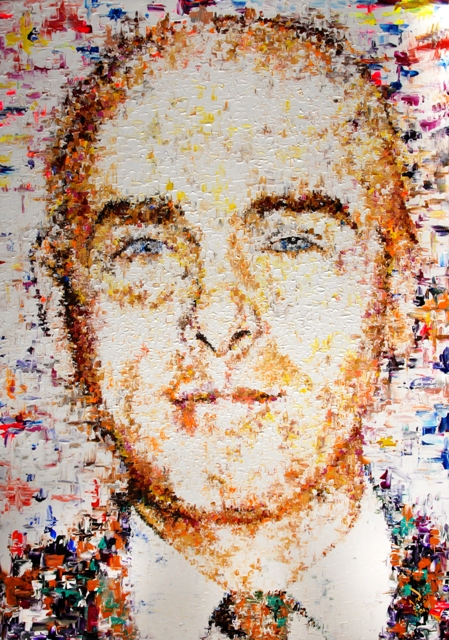 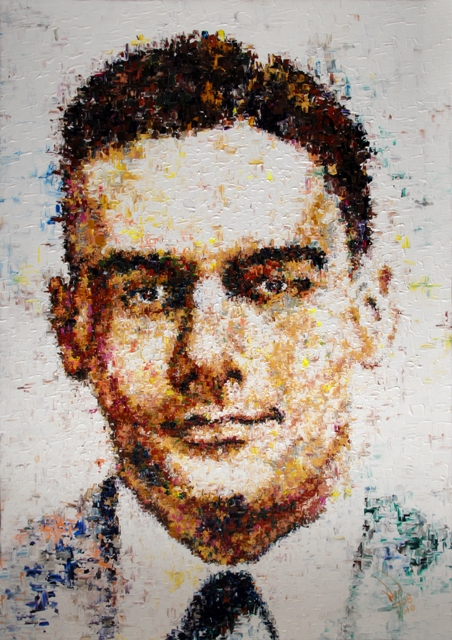 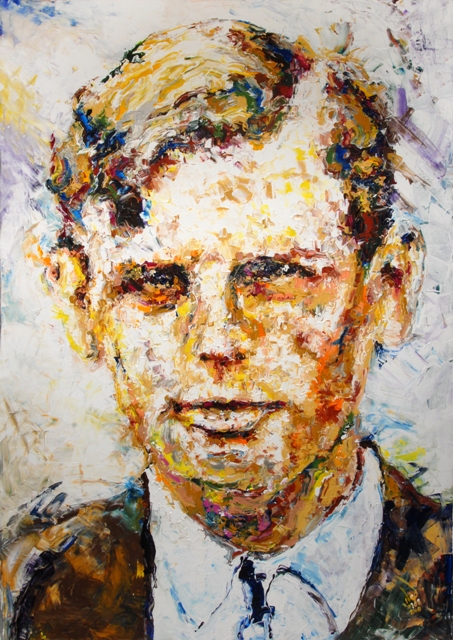 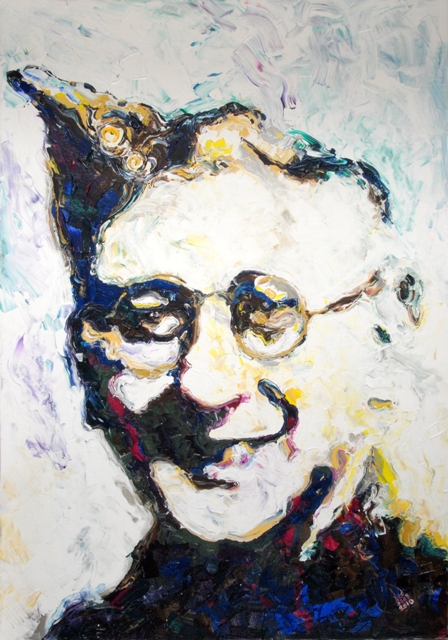 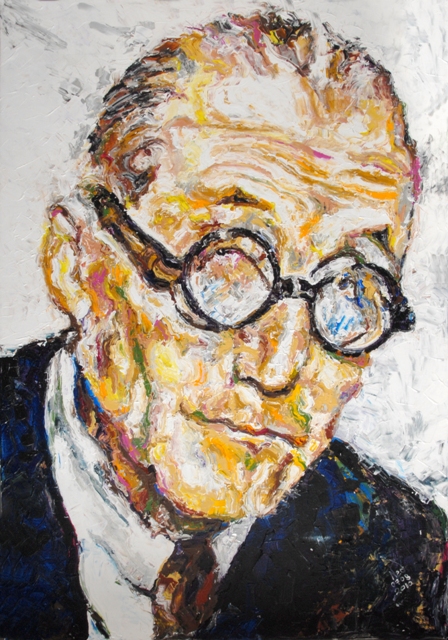