He has been so vilified by hateful accusers for over two decades that he employs bodyguards to walk the streets of the UK. This is on top of a serious car accident, cancer in his early 20’s and a plane crash. The recent throwing of something pertaining to dairy product, semi-bloody-skimmed low to no fat no doubt, must have given far greater cause for concern than even the delightful, the delectable, the de-lovely comedienne, or should that be gender neutral comedian or comedic or whatever…. Jo Brand might dare imagine. It bemuses how the likes of Brand, Lucus, Soubrey, Lammy, Khan… persist in accusing others of prejudice and hate while they have long been the source of so much prejudice, disdain and divisive rhetoric. Farage has survived a severe car accident, cancer and a plane crash. Yes, no doubt Farage was momentarily milkshaken, but not stirred and remains resolute in his goal of seeing the UK withdraw itself from the €U corporate racket. 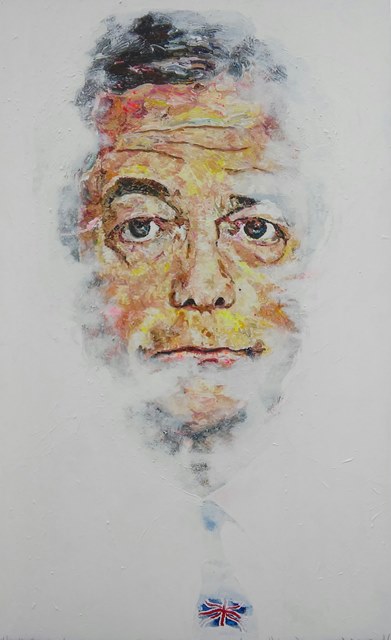 Brexit? “Send in Farage,” said Trump. I imagined the horror on faces of Remoaners up and down the land. I laughed; Trump the Twitter maestro triggers yet more Trump derangement syndrome:
https://www.bbc.co.uk/news/uk-politics-48487973

Isn’t Farage an obvious choice for our €U negotiations? He has been dealing with this €U entity for 20 years. He is Brexit. To ignore him is to ignore Brexit. Unfortunately, parliament consists of spineless yes-men such as my MP Matt Handycock. 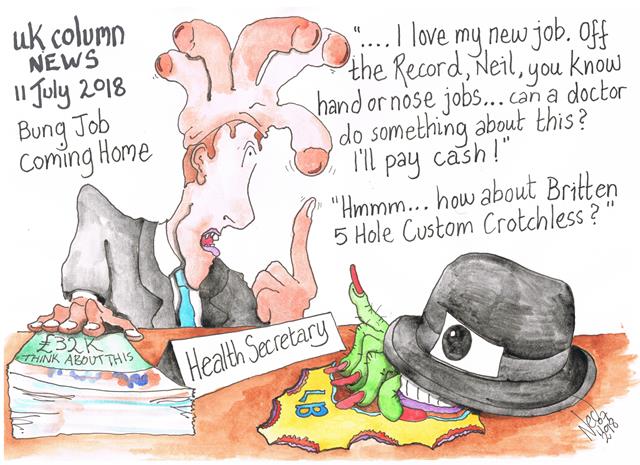 It has become so absurd, we now have spokespersons from MI6 voicing concerns about Brexit and neutrality within the civil service appears to have gone AWOL. If the BBC were to feature David Barnby’s book The €U: A Corporate Racket, the public might have a much deeper understanding of the shenanigans that went on to suck us into the €U c.1972…
https://www.books2buybooks2write.co.uk/

What other serious character is there fighting for a clean, clear Brexit? There is Robin Tilbrook and the English Democrats, but he does not have the backing as did the purveyor of non-democracy Gina Miller who pretends she is fighting for democracy while she in reality challenges it. UKIP appear a spent force. Farage had to leave them because Farage has to control and steer his ship; not become embroiled in committee meetings and group consensus. Farage realised he had to let go of the old image and accompanying baggage. I suspect he was exhausted, physically and emotionally, following the referendum; a culmination of 25 years of concerted effort. I suspect he would rather go fishing than be Prime Minister.

The UK Column News have offered up some superb analysis and comment including the Integrity Initiative programme:
https://www.ukcolumn.org/integrity-initiative
UK Column News have warned about Blair and plans for a new centrist party. Is it Farage, rather than Blair, set to lead a new centrist party? Surely, we cannot go on with this left-right right-left paradigm ad infinitum. I am attracted to the idea of Claire Fox on the same platform as Anne Widdecombe. I sense The Brexit Party at least have a sense of humour, sadly lacking from the rest, perhaps with the exception of Boris…. 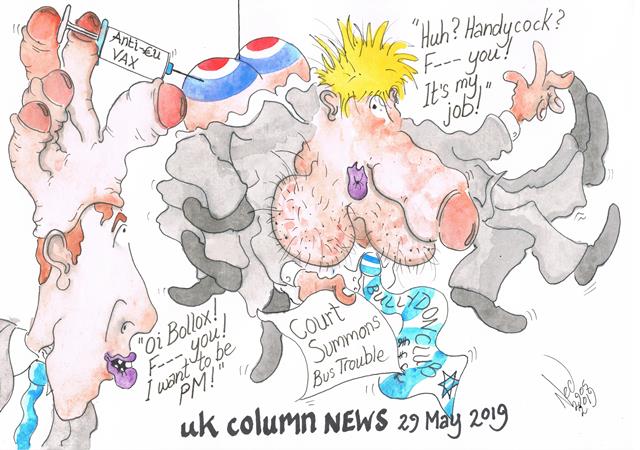 I sense The Brexit Party might seriously challenge the state organ that is the BBC; the Brussels Broadcasting Corporation; ‘another beauty’ as Trump eloquently put it to the BBC’s Washington correspondent John Soapytail.

It was funny the night of the last €U elections when Sir Ed Davey complained on BBC R4 and Five Live that the BBC were not reporting the big story: that by adding all the ‘Remain’ party votes together it defeated The Brexit Party. Farage, Trump and Corbyn all have ample reason to complain about the BBC, yet pro-climate change pro-€U Ed Davey gets his kickers in a twist because for once the pro-climate change pro-€U BBC would not report his version of life unfolding.

David Scott of Northern Approaches on UK Column News Extra declared how he loved Brexit because it was revealing so much that is rotten; that today Elton John and David Lammy MP are the front line charge leading the anti-Brexit campaign. Indeed, Elton John is not only upset with Brexit, but lambastes Russia for not including gay sex scenes in the new Rocketman bio-pic. Yep, that’s right Elton, Russia will not respect the anus as a sex organ nor consent to your globo-homo world view. I’m paraphrasing E. Michael Jones and, therefore, not only risking allegations of homophobia, but anti-Semolina too.  Oh the world of -ists, -isms and phobias; I dream that Brexit might kick this current cultural Marxist mind-set infestation into touch. A return to something resembling common sense? Please! 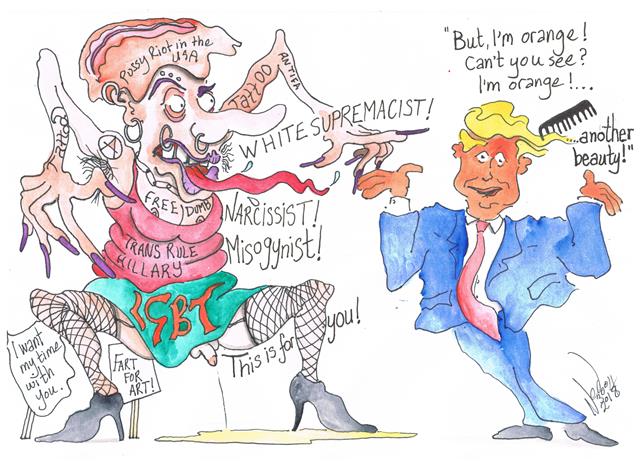 Antifa, the left, Extinction Rebellion, Caroline Green Mucus Lucus, Anna Sourbuttrey, Chuka-Upah Oomoonoo et al persistently throw prejudice comment at Trump and Brexit, yet it is the so called ‘right’ which is labelled extremist. The pro-€U argument has been reduced to throwing milkshake. Imagine if a Brexiteer had thrown milkshake over Chuka or Anna or Caroline; all hell would have broken loose and fingers of moral justice would be pointed at the extreme Brexiteers. But, throw milkshake over Farage and commentators will joke, ‘pity it wasn’t acid’. The mind boggles. 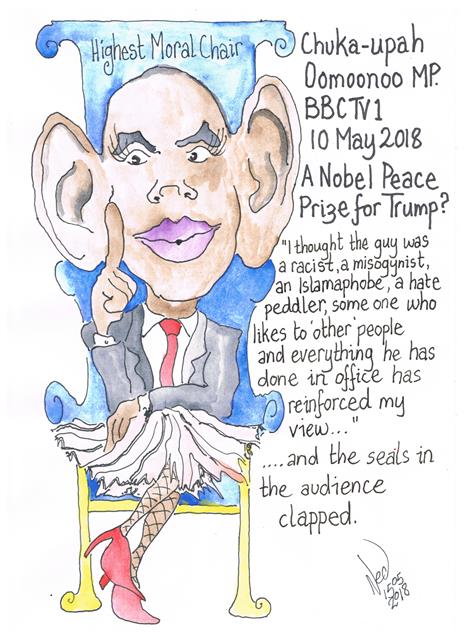 When will William Happer be invited to Brian Cox’s BBC science programme to school him on carbon footprint? When will Jeremy Corbyn announce Piers is his weather forecaster climate sceptic brother? When will the BBC contemplate the recently released photo-copies of ‘Dancing People’ from 9/11.  I type ‘People’ in case of anti-People accusation by God’s Chosen Lunatic lobby. En plus, Corbyn may be a socialist nee Marxist, but the accusations of him being racist are ridiculous; he is the Mr. Hippy Happy of Westminster and inconveniently sympathetic to the cause of the Palestinians. The recent racist accusations against him are ridiculous and obviously helped along by The Lobby, which apparently never actually aired on Al Jazeera because the lobby prevented it…
https://www.aljazeera.com/investigations/thelobby/

On the 29 March we were supposed to leave the €U. I suspect legally we did, but there is no consensus to recognise it. 29 March also saw local elections in Turkey. Those too were run again because the result was not acceptable to the government. I have been painting Turkish themes for 25 years, the same length of time Tayyip Erdoğan (air-dough-an) has been İstanbul Mayor, Turkish Prime Minister and then President. I painted Bandırma 1919-2019 to commemorate the 100th anniversary of 19 May 1919 and the ‘first step’ of Turkey’s war of independence. A phrase from that time by Kemal Mustafa Atatürk states:
Bağımsızlık Benim Karakterimdirm
Independence Forms My Character

How appropriate a sentiment for me, Brexit, the US and indeed many countries in these trying times as a global ideology challenges the nation state model. 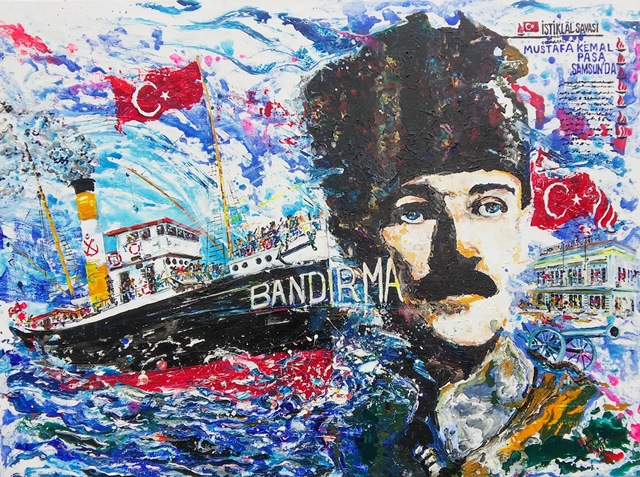 If milkshake is the best argument against Brexit, Farage is going to win, eventually. Will he ever mention €U military unification agreements since 1948 or the Cuddenhove-Kalergi plan? May be he sees the end goal and focuses only on necessary priority. Once Brexit is set and accepted in the national psyche, then perhaps these issues can be better addressed.

For now, we have to implement the referendum result or democracy is yesterday’s best system devised by the wit of man except for all the others. 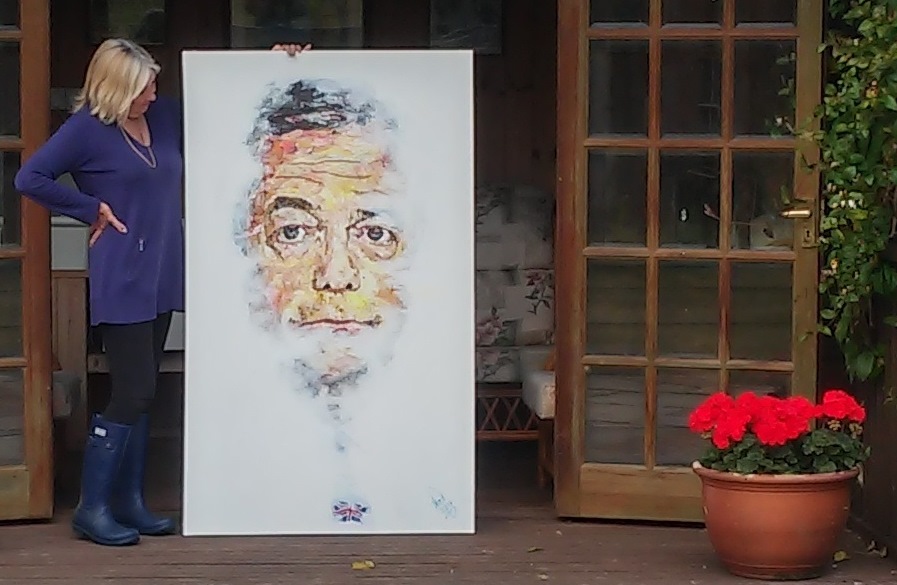 Submitted to Readers Thoughts at https://unitynewsnetwork.co.uk/