I’ve painted Sofi many times and it has become a notable landmark in my life. 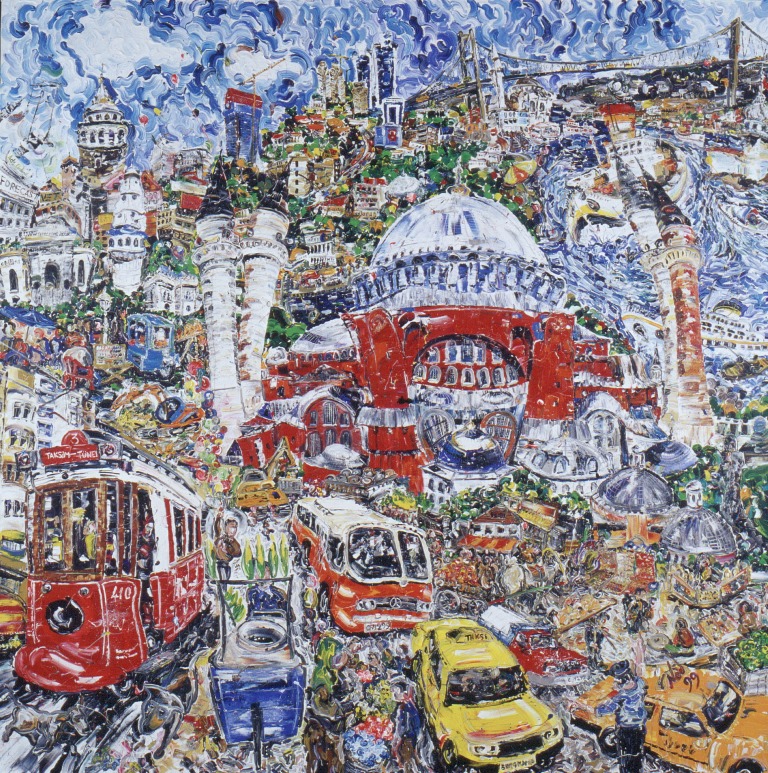 Clown world? A time when the unthinkable becomes real? In Istanbul something happened I did not expect. Friday 24 July 2020 President Erdoğan attended Friday prayers at Hağia Sofya. This building is perhaps the most iconic of all Turkish landmarks. Phonetically in English, Hağia Sofya sounds like higher-sof-yah with the ‘g’ being a silent Turkish ‘ğ’. We tend to know it as Hagia Sophia. I privately shorten it to Sofi. Hağia Sophia is Greek for ‘Holy Wisdom’ and not named after a female. In Turkish it is written Ayasofya as in ‘eye-er-sof-yah’.

To illustrate how saddened some were by Erdoğan’s move, I include a video from The Duran and a couple of Greeks:
Dark day for Christianity, dark day for Greeks. Hagia Sophia to become mosque
https://www.youtube.com/watch?v=XTc_kuZfBVk

Of course, Istanbul and Hağia Sofya are Turkish and Turks are surely entitled to do as they wish in their own country.

In the Sultanahmet district of Istanbul, opposite the Blue Mosque which I refer to as Mavi Cami, sits Sofi. 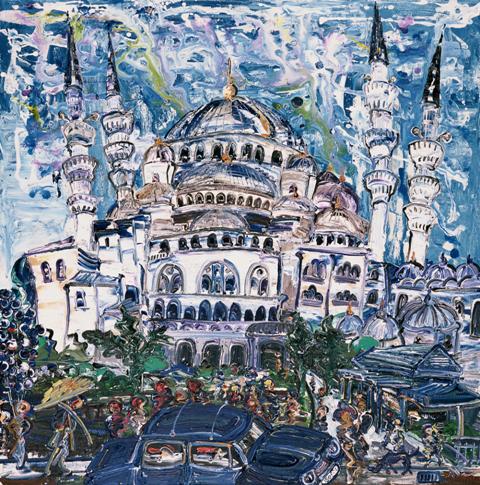 When I last visited ‘her’, you paid to enter because it is a museum, but you kept your shoes on. I’m not sure if you still have to pay since it has been returned to mosque status and I guess you now have to take your shoes off and presumably the stone floor may be  laid with carpet. I have never liked having to take my shoes off in such a public situation.

According to reference material, a first church was built on this site during the 4th century AD. It was destroyed and a second built by Constantius, the son of Constantine the Great, but that was burned down during the Nika riots of 532. It was rebuilt again under the supervision of Emperor Justinian I and rededicated 27 December 537.

It is claimed the design of Hağia Sofya based on an analemma mathematical model; a circle inscribed within a square which is inscribed within a circle. This is a projection technique making it possible to interconnect the earth with the ‘heavens’; the sphere represents the sky, God and the church and the cube represents the earth. An overlapping double-square analemma is a uniform design shape for the ground plan and the elevation of the cathedral, penetrating each other three-dimensionally in the form of a cube and sphere…got it? En plus, when no one is looking Sofi can fly into space or swim in the ocean, but that’s a quantum thought and another world away from most people. 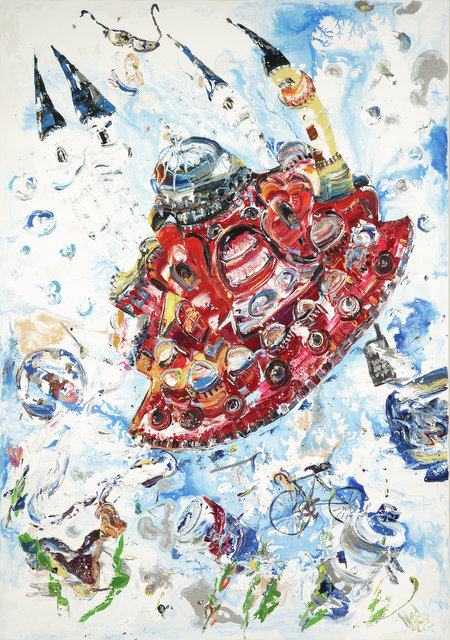 The Byzantine Christian church was converted to a mosque after the fall of Constantinople to the Ottoman Turks under Sultan Mehmet II in 1453. In 1934, under Turkish President Atatürk, Hağia Sofya was turned into the Ayasofya Museum.

There’s a hole in one of the walls for you to place your thumb inside and if you can turn it around 360° you get to make a wish. Of course, not everyone has access to anti-gravity cream which enables a mid-air turn like clock hands, so wishes may be rarely called upon.

Snow fell every winter that I can remember being in İstanbul. There are 4 seasons in Turkey much like the UK, except the summer seems longer and the colder months shorter. Hence, my Snowy Sofi. 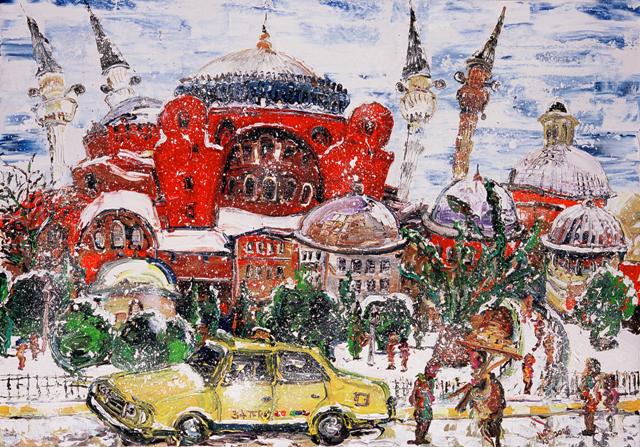 The achievement of the Turks to secure an independent nation state against all the odds and several invading parties, was extraordinary. This is why Atatürk who led the Turks to victory is so revered by so many. For Atatürk to open Hağia Sofya as a museum for all was a great gesture of diplomacy, friendship and invitation to the Greeks, the Christian community and the international world. Atatürk a nationalist? An isolationist? Yes. No.

Significantly, this gesture symbolised the separation of religion and state and therein lies the problem: some believe Islam is everything and, therefore, includes governance and the state.

The innovative ideas of Mustafa Kemal Atatürk can be illustrated by some quotes…
“Our religion is the most reasonable and natural of all, and that is the reason why it is the most recently established religion. For a religion to be natural it must conform to reason, science, technology and logic. Our religion fully conforms to all of these.”
Ataturk c.1923

“Every individual has the rights and freedoms to think what he wants, to believe what he wants, to possess a political opinion that is unique to himself and to undertake or not undertake the requirements of the religion he has chosen. No one’s ideas or conscience can be dominated.”
Ataturk c.1925

“Religion is an issue of conscience. Everyone is free to conform to the commands of their conscience. We show respect for religion. We are not against a way of thinking or thoughts. We are only trying to not to mix religious affairs with the affairs of the nation and the state. We are avoiding reactionary actions that are based on evil intent and deeds.”
Ataturk c.1926

“…those who continue to occupy themselves with the chimera of the Caliphate and thereby mislead the Muslim world, are nothing but enemies of the Muslim world, and especially Turkey.”
Atatürk Nutuk Great Speech
15-20 Oct 1927 English version p.678

“The Republic of Turkey has no official religion. In the administration of the state, all laws and regulations are enacted and applied in accordance with the basis, the form and the mundane needs science provides to contemporary civilizations. Since the concept of religion relates to personal conviction, the republic considers the separation of religious ideas from state and world affairs and from politics as the principle factor in the success of the contemporary progress of our nation.”
Ataturk c.1930

“The Turkish state is secular. Every individual reaching majority is free in choosing his or her religion.”
Ataturk c.1930

“Freedom consists of man’s ability to do what he thinks and desires without any influence or intervention by others. This is the broadest definition of the concept. Mankind has never attained liberty to this extent and never will because as is known, men are creations of nature and nature itself is not absolutely free either; it is subject to universal laws.”
Ataturk c.1930

I did not expect the 1934 decision to establish the Ayasofya Müsezi to be over-turned, but this is 2020, the year of covid1984, the emergence of clown world and in the UK the state is certainly interfering in the affairs of the civilian public. In Turkey, the state is similarly acting to implement legislation and change.