I read 1984 in 1984. During an architecture BA (Hons) degree course, I designed an imaginary home for George Orwell’s character Winston Smith titled Freedom Of Thought And Action. That drawing hangs framed upon my wall above my desk.

In 2020 the UK government, as I understand, has legislated 1984 style ideology encroaching upon individual liberty and freedom. Today we have so called law incorporating previously unthinkable concepts such as thought-crime, hateful content and wrong-think in conjunction with the absurdity of face nappies and socialist distancing. The perceived threat of a virus is being used to restructure social and economic governance in the UK, though the general populous seem largely unaware of the nefarious shenanigans at work. We are apparently subjugating to tyranny and it seems most are not even aware that they do it.

We are told the plans in the minds of men and women, for example, Dr George Brock Chisholm, who served as the first Director-General of the World Health Organisation (WHO) 1948-1953, unambiguously stated,
“To achieve world government, it is necessary to remove from the minds of men their individualism, loyalty to family tradition, national patriotism, and religious dogmas.”

Henry Kissinger has referred to ‘useless eaters’. David Attenborough has referred to humans as a plague upon the earth. Paul Ehrlich’s theory of an over-populated world has caught hold the minds of many of my peers who apparently sympathise with a de-population programme. I suggest we have a management problem and that there is plenty of space and resources to host the world’s population.

For the official version of everything I follow the BBC https://www.bbc.co.uk/.

For information, news and analysis I go to online sources, see Bookmarks. For example, Monday, Wednesday and Friday I tune into the UK Column News: https://www.ukcolumn.org/, from where I heard the phrase GOO: Government Of Occupation coined by David Scott which inspired this ungainly scene… 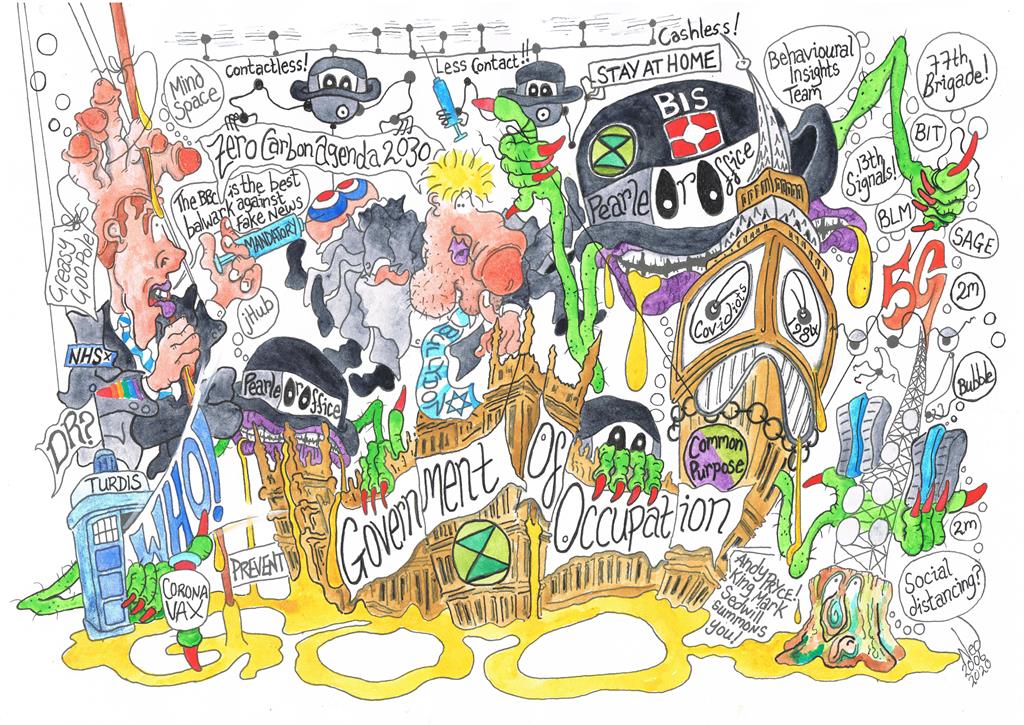 If things weren’t bizarre enough, President Erdoğan (sounds like air-dough-ann) has just signed a decree stipulating Hağia Sofya (sounds like higher-sof-yah) return to cami (sounds like jar-mee… aka mosque) status; a house of Islamic worship. He has decreed illegal the 1934 declaration that legislated Sofi was to be a museum. I have been portraying things Turkish since an exhibition in 1995 titled An Englishman In Istanbul. 19 May 1919, Mustafa Kemal Atatürk, took his first step to Samsun on the Turkish Black Sea coast to initiate the war of independence which established the territory known today as the Republic of Turkey. Atatürk used a phrase which resonates for these trying times:
Bağımsızlık Benim Karakterimdir : Independence Forms My Character 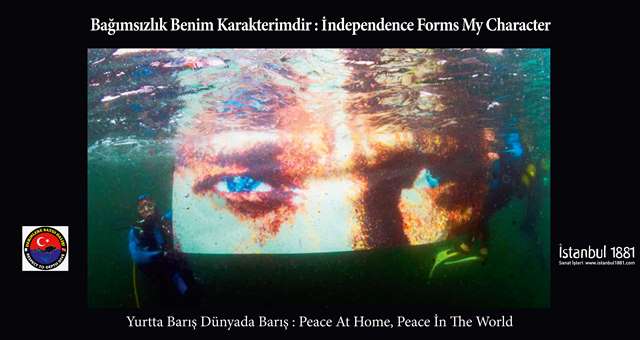 With covid1984 came rainbows in windows, conjuring up memories of the Istanbul Bosphorus Rainbow Bridge project which was intended to portray the peace message of the 7 colour rainbow…
https://www.redbubble.com/shop/ap/66087154?ref=studio-promote 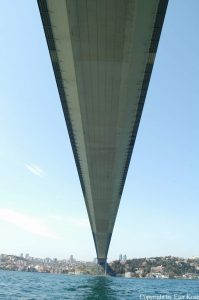 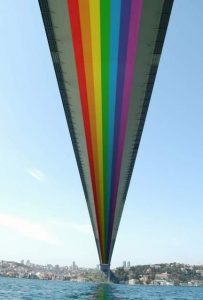 This website was being created as ‘instruction’ for the stay at home covid1984 lock-in came into force. I hardly need a PhD in medicine or psychology to suspect that one way to make a healthy populous less healthy is to lock them up for months on end and scare the shit out of them. It still staggers me how easily my community acquiesced. There have been days when I wondered, ‘What’s the point?’ I do not require a cashless society or everything virtually online or medical or environmental advice from computer programmers. These technocrats are zealously out to jab everyone because they deem the design of the human body by God or Darwin or whoever or however, too inadequate to survive without WHO verified and patented pharmaceutical product. The Hippocratic Oath? Food is medicine? Pah! Passe! There are those that want technocracy now. Patrick Wood has been warning us about it for years:
https://www.technocracy.news/

From my end, we’re living in clown world UK and to question masks or any aspect of the government’s Save Lives policy is to be apparently reckless, irresponsible and risk being labelled a radical conspiracist of some designated identity kind. It is, however, acceptable to go out en masse crashing public property to the ground or demand that everyone forego hydro-carbons to save the planet while digging up even more hydro-carbons to produce ‘green’ cellular technology. The sun? Climate? David Bellamy? That old fool? Yes! That courageous soul. Yet, I’m the mad one; the denier who is anti-something or this-ist or practicing that-ism.

However, take heart. Out of chaos may come order and unexpected consequences for good. Following the censorship of ex BBC presenter David Icke https://davidicke.com/, I was led back to London Real https://londonreal.tv/ where I saw an elderly gentleman talk to host Brian Rose and the catch phrase seemed to be, in the words of Dan Pena,
“Just f—in’ do it!”

This may not be the swankiest website you ever visited, but welcome to nedpamphilon.uk. 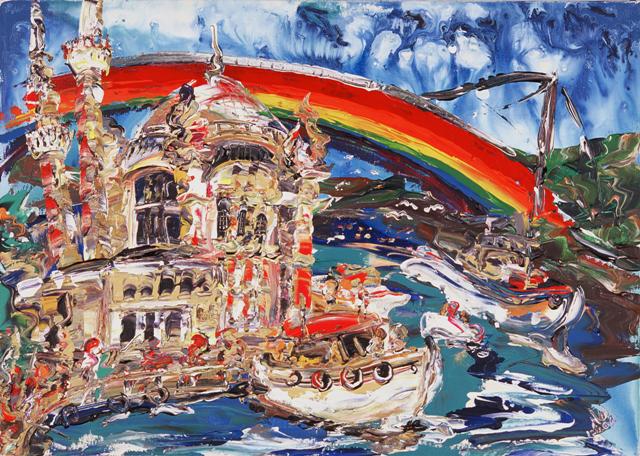