Bloke In His Car 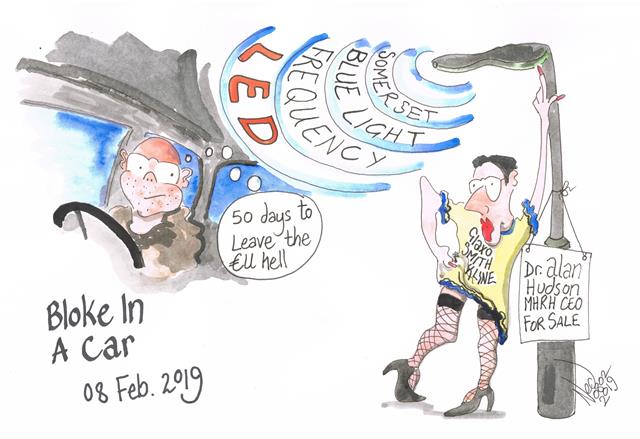 Speak out, face consequences e.g.
A student’s death: did her university do enough to help Natasha Abrahart?
https://www.theguardian.com/education/2019/jan/22/student-death-did-university-do-enough-help-natasha-abrahart-bristol

Tusk’s comments? Indeed, those who have represented Brexit have failed abysmally to remove us from the totalitarian €U state.
Aachen Treaty effectively a German-Franco bi-lateral agreement within the €U; first step toward a Franco-German empire
€U has destroyed the economies of Greece, Spain, Portugal, Italy, Ireland….
Ireland currently paying €16.5 million per day just on interest on bail outs forced upon Irish government a decade ago….
Unemployment in Ireland 2007-2012 went from 4.2 – 14.6%
Ireland is a vassal state of €U and IMF

50 days till we leave €U hell….
€U needs UK damn sight more than the UK needs the €U

A Special Place In Hell …

Previous Bloke In A Field:
Capability Capacity Tenacity vs. Corruption